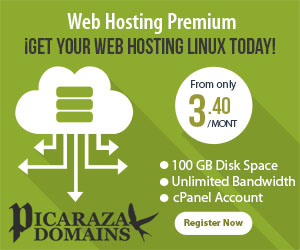 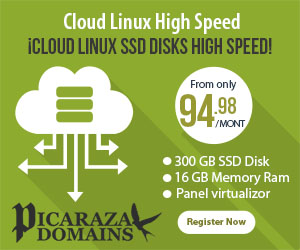 About My IP Address

What is my IP address?

A simple way to know the public address assigned by your ISP service provider.

Is a numerical label assigned to each device connected to a computer network that uses the Internet Protocol for communication. An IP address serves two main functions: host or network interface identification and location addressing.

Internet Protocol version 4 (IPv4) defines an IP address as a 32-bit number. However, because of the growth of the Internet and the depletion of available IPv4 addresses, a new version of IP (IPv6), using 128 bits for the IP address, was developed in 1995, and standardized in December 1998. In July 2017, a final definition of the protocol was published. IPv6 deployment has been ongoing since the mid-2000s.

The IP address space is managed globally by the Internet Assigned Numbers Authority (IANA), and by five regional Internet registries (RIRs) responsible in their designated territories for assignment to end users and local Internet registries, such as Internet service providers. IPv4 addresses have been distributed by IANA to the RIRs in blocks of approximately 16.8 million addresses each. Each ISP or private network administrator assigns an IP address to each device connected to its network. Such assignments may be on a static (fixed or permanent) or dynamic basis, depending on its software and practices.

The rapid exhaustion of IPv4 address space available for assignment to Internet service providers and end user organizations by the early 1990s, prompted the Internet Engineering Task Force (IETF) to explore new technologies to expand the addressing capability in the Internet. The result was a redesign of the Internet Protocol which became eventually known as Internet Protocol Version 6 (IPv6) in 1995. IPv6 technology was in various testing stages until the mid-2000s, when commercial production deployment commenced.

Today, these two versions of the Internet Protocol are in simultaneous use. Among other technical changes, each version defines the format of addresses differently. Because of the historical prevalence of IPv4, the generic term IP address typically still refers to the addresses defined by IPv4. The gap in version sequence between IPv4 and IPv6 resulted from the assignment of version 5 to the experimental Internet Stream Protocol in 1979, which however was never referred to as IPv5.

What is  Private IP addresses?

Early network design, when global end-to-end connectivity was envisioned for communications with all Internet hosts, intended that IP addresses be globally unique. However, it was found that this was not always necessary as private networks developed and public address space needed to be conserved.

Computers not connected to the Internet, such as factory machines that communicate only with each other via TCP/IP, need not have globally unique IP addresses. Today, such private networks are widely used and typically connect to the Internet with network address translation (NAT), when needed.

Three non-overlapping ranges of IPv4 addresses for private networks are reserved. These addresses are not routed on the Internet and thus their use need not be coordinated with an IP address registry. Any user may use any of the reserved blocks. Typically, a network administrator will divide a block into subnets; for example, many home routers automatically use a default address range of 192.168.0.0 through 192.168.0.255 (192.168.0.0/24).

A public IP address, in common parlance, is a globally routable unicast IP address, meaning that the address is not an address reserved for use in private networks, such as those reserved by RFC 1918, or the various IPv6 address formats of local scope or site-local scope, for example for link-local addressing. Public IP addresses may be used for communication between hosts on the global Internet.

In IPv6, the address size was increased from 32 bits in IPv4 to 128 bits, thus providing up to 2128 (approximately 3.403×1038) addresses. This is deemed sufficient for the foreseeable future.

The intent of the new design was not to provide just a sufficient quantity of addresses, but also redesign routing in the Internet by allowing more efficient aggregation of subnetwork routing prefixes. This resulted in slower growth of routing tables in routers. The smallest possible individual allocation is a subnet for 264 hosts, which is the square of the size of the entire IPv4 Internet. At these levels, actual address utilization ratios will be small on any IPv6 network segment. The new design also provides the opportunity to separate the addressing infrastructure of a network segment, i.e. the local administration of the segment's available space, from the addressing prefix used to route traffic to and from external networks. IPv6 has facilities that automatically change the routing prefix of entire networks, should the global connectivity or the routing policy change, without requiring internal redesign or manual renumbering.

The large number of IPv6 addresses allows large blocks to be assigned for specific purposes and, where appropriate, to be aggregated for efficient routing. With a large address space, there is no need to have complex address conservation methods as used in CIDR.